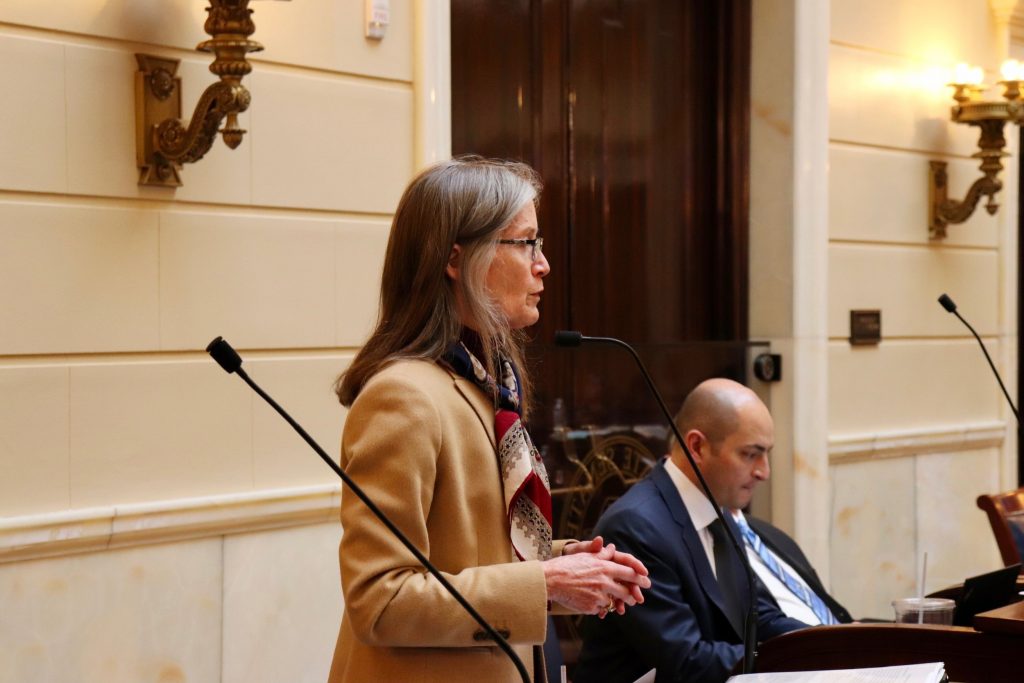 SB 102, sponsored by Sen. Ann Millner, seeks to find alternative ways to fund building projects for higher education schools. The goal is to use money more strategically and wisely. The bill ran in 2018 but was never considered in the House. After a joint meeting between higher education appropriations and capitol facilities, Sen. Millner felt encouraged to run the bill again.

With the current system, schools typically only expect to receive project funding every four to five years; they are not likely to “use that place in line” on a smaller project because they know they might not get more project funding for a while. This system incentivizes institutions to ask for big expensive buildings, instead of more cost-effective renovations or add-ons. The idea is to change the funding structure, so schools have designated funding to plan for their upcoming needs and projects in cost-effective ways, whether that is saving up for new buildings or renovating existing buildings. On the floor, Sen. David Hinkins related a story about paying for weddings to the concept behind this bill. When his daughters married, they would give estimates for the costs of the wedding, which would always go over budget, but it didn’t matter because dad would foot the bill. A friend of his took a different approach and wrote his daughter a check for $10,000 for her wedding. He said anything not spent on the wedding she could keep and put toward a honeymoon or pocket the cash. The wedding ended up only costing $5,000 because the daughter felt ownership of the money and was driven to be more cost effective. The bill seeks to set aside money in restricted accounts maintained by the legislature for each of our higher education institutions, both in the Utah System of Higher Education (USHE) and in the Utah System of Technical Colleges (UTECH). The amount set aside was derived by averaging the appropriations spending for these projects over the last few years. Appropriations would first be phased up to reach the average funding with a small adjustment to account for inflation. In order to use the funds in the restricted accounts, institutions of higher education would identify a needed project, secure private funds, create building plans and determine project costs. After they have completed all of the leg work they would still need the board of regents and building board to review the project, and the Legislature would still have the authority to approve the project. A more immediate funding option would still be available for projects of a more urgent nature, such as emergency building structure repair or unprecedented growth. The bill passed both the House and Senate, and was sent to the governor for his consideration. You can read or check out audio/video of the bill here. Tags: funding, higher ed, higher education, hinkins, millner, projects, sb 102, school, ushe, utah legislature, utah senate, utech